Our factory is equipped with 3 automatic Helium leak test equipment with a total of 5 vacuum chambers. Parts up to 1500x1000x1000mm can be automatically tested without the risk of human error. The machine automatically fill in the part with helium, which is a noble gas with molecules much smaller than air and an electronic spectrometer detects if there is a leak. The smaller detectable leak rate is 1,0 x 10-6 mbar liter /sec. Helium leak testing is today the most advanced testing method and it is far better than normally used bubble test.

100% of our parts and assemblies are leak tested using state of the art Helium leak test equipment, using the vacuum test or sniffing methods.

COOLTECH has a total of 5 different vacuum chambers in order to be able to test parts which have very different volume. 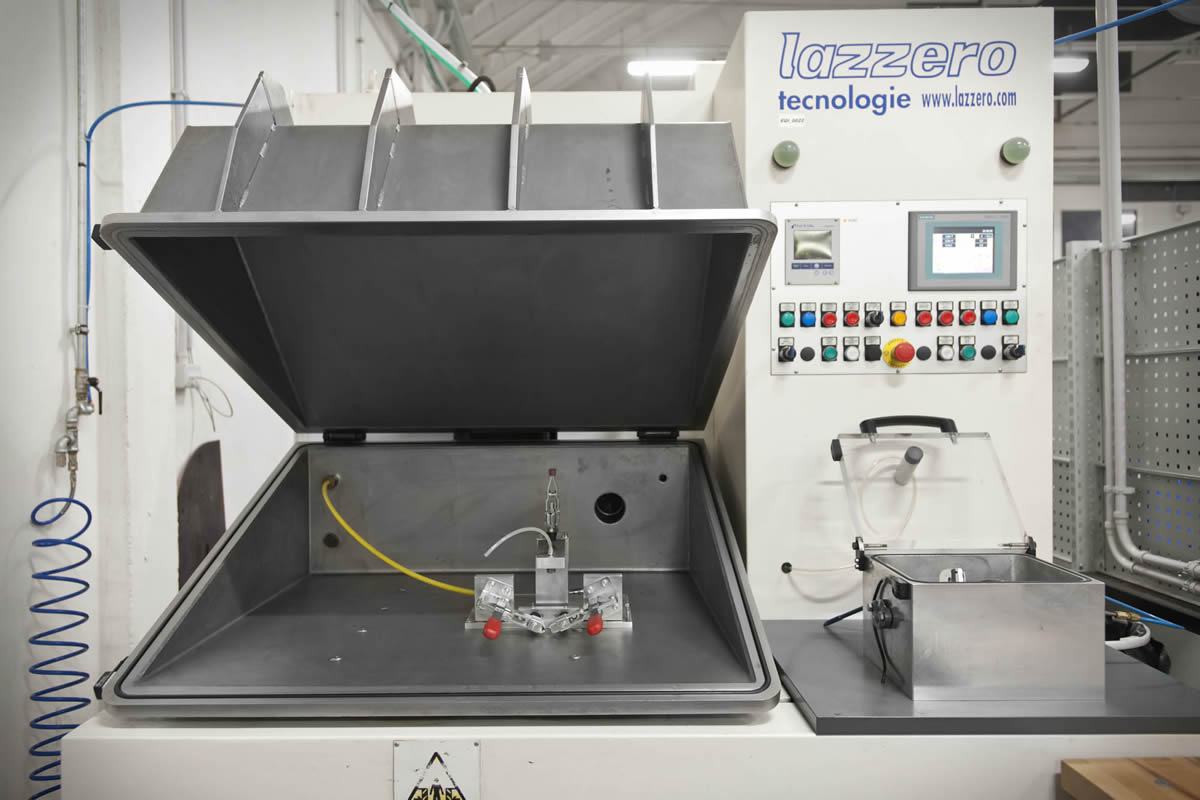 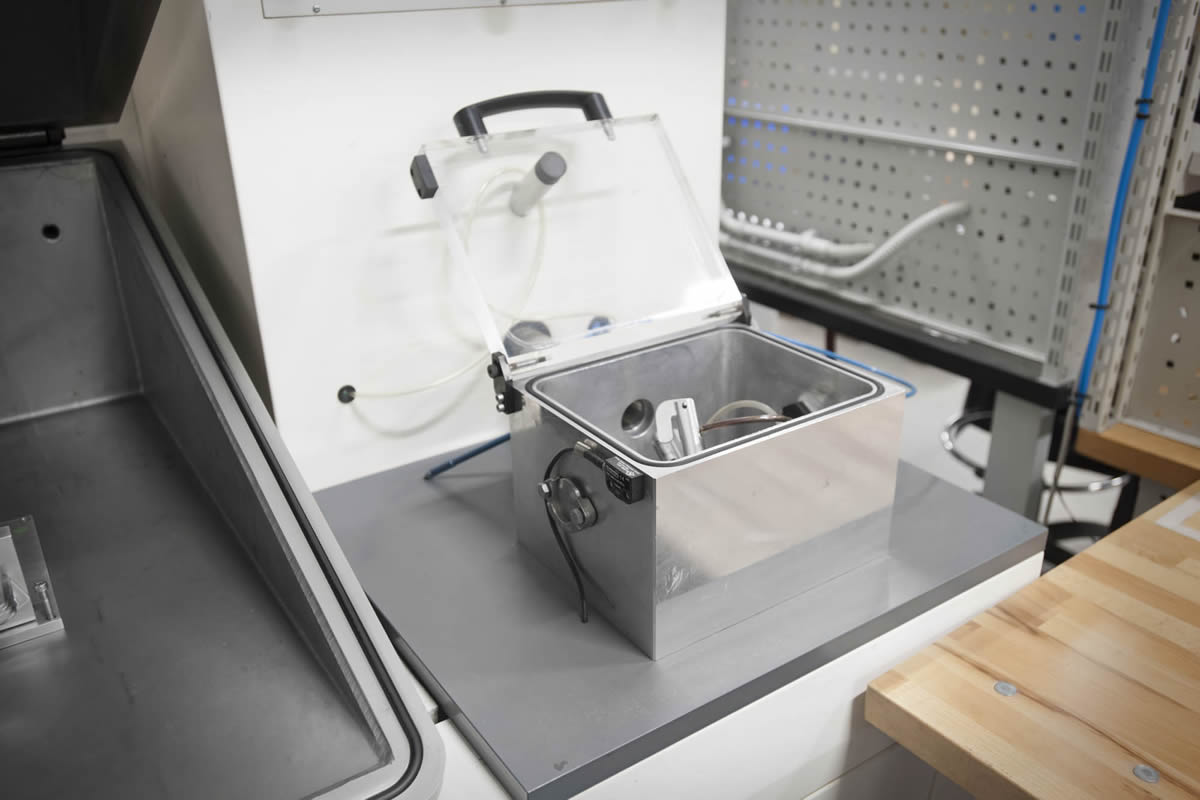 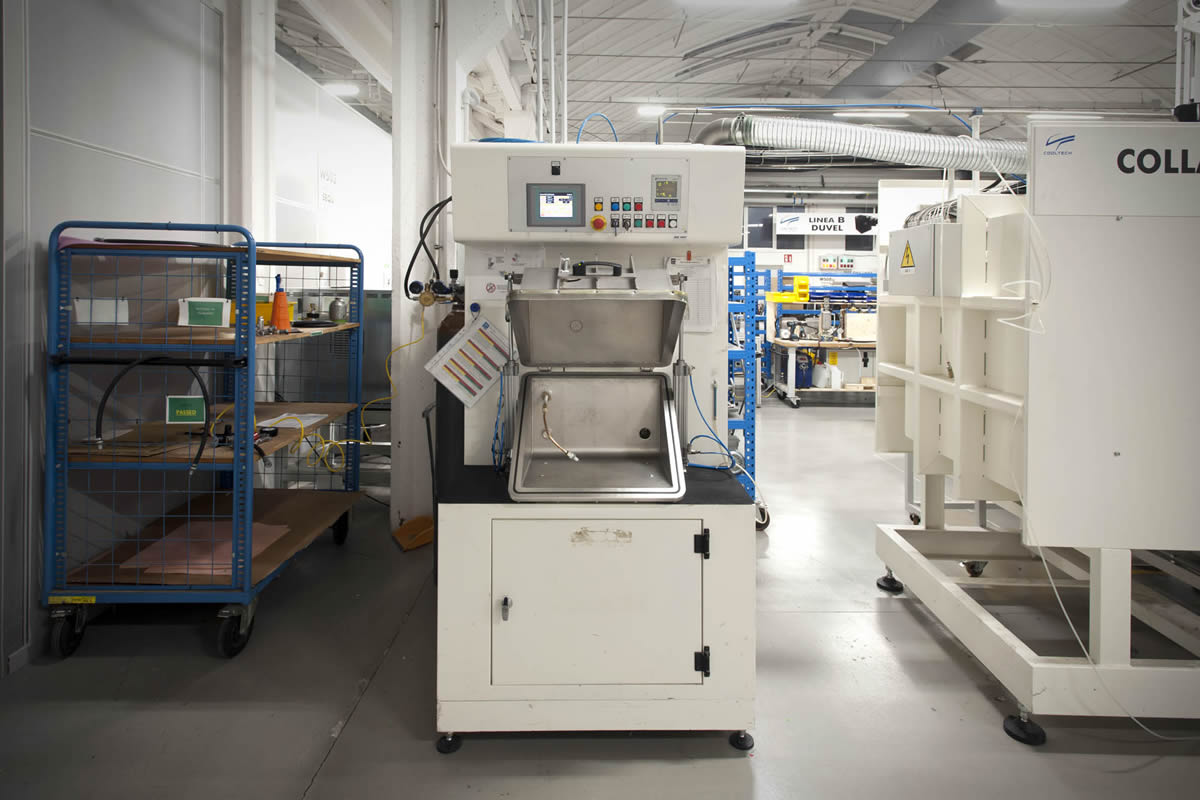 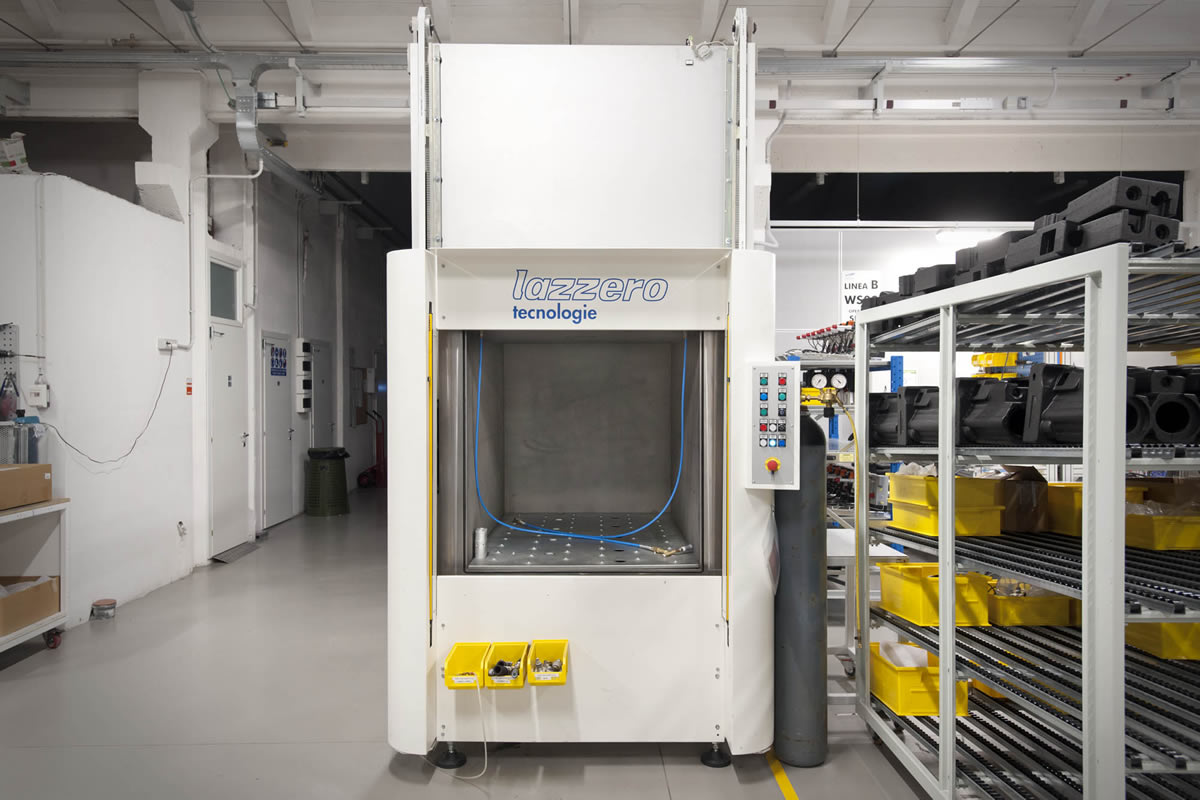 Testing with Helium using the vacuum chamber method allows to measure and detect a leak rate which is 1000 times smaller than a bubble of air detected during an underwater bubble test.

Helium leak testing is today the most effective and way to investigate for leakages with many advantages compared to traditional methods :

If you want to know more about Helium leak testing compared to different test methods ,follow the links below:

We use cookies on our website to give you the most relevant experience by remembering your preferences and repeat visits. By clicking “Accept All”, you consent to the use of ALL the cookies. However, you may visit "Cookie Settings" to provide a controlled consent.
Cookie SettingsAccept All
Manage consent

This website uses cookies to improve your experience while you navigate through the website. Out of these, the cookies that are categorized as necessary are stored on your browser as they are essential for the working of basic functionalities of the website. We also use third-party cookies that help us analyze and understand how you use this website. These cookies will be stored in your browser only with your consent. You also have the option to opt-out of these cookies. But opting out of some of these cookies may affect your browsing experience.
Necessary Always Enabled
Necessary cookies are absolutely essential for the website to function properly. These cookies ensure basic functionalities and security features of the website, anonymously.
Functional
Functional cookies help to perform certain functionalities like sharing the content of the website on social media platforms, collect feedbacks, and other third-party features.
Performance
Performance cookies are used to understand and analyze the key performance indexes of the website which helps in delivering a better user experience for the visitors.
Analytics
Analytical cookies are used to understand how visitors interact with the website. These cookies help provide information on metrics the number of visitors, bounce rate, traffic source, etc.
Advertisement
Advertisement cookies are used to provide visitors with relevant ads and marketing campaigns. These cookies track visitors across websites and collect information to provide customized ads.
Others
Other uncategorized cookies are those that are being analyzed and have not been classified into a category as yet.
SAVE & ACCEPT